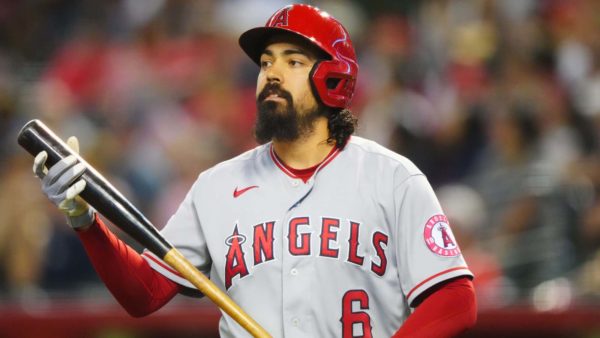 Anthony Rendon may make a surprise return to the Los Angeles Angels before the end of the season, and it certainly seems that one key factor may be playing a role.

Rendon underwent wrist surgery in June that was thought to be season-ending, but has been making some recent noise about a potential return before the end of the year. According to Jon Heyman of the New York Post, Rendon now looks increasingly likely to make that return, potentially within the next few days.

Anthony Rendon looks like he’s beaten the odds and can return this season after having what was first termed “season ending” wrist surgery. One big advantage if he returns in the next couple days: he can serve his 5-game ban for leaving the bench while on IL and not affect 2023.

Rendon was suspended for five games after getting hurt when he left the bench during the team’s wild brawl with Seattle in late June. Rendon was not even on the active roster at the time, and was given a five-game suspension as a result. To be clear, the Angels would have to prove to MLB that Rendon is physically able to play in order to begin serving his suspension, as the league would not allow him to run down the ban without that sort of proof.

Talk of a potential Rendon return began earlier in September, when the third baseman teased the possibility. The Angels are out of contention, so there would not be any reason to bring him back under normal circumstances. If he’s healthy enough to be cleared to play and can serve some or all of the suspension now, though, the Angels have no real reason not to do it.