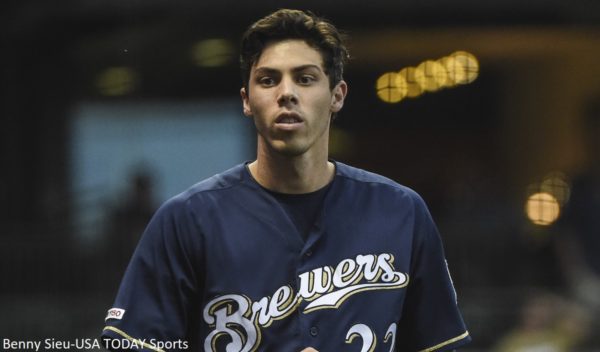 Christian Yelich had a great reaction to Kevin Cash’s terrible managerial move in Game 6 of the World Series on Tuesday night.

Cash pulled Blake Snell in the middle of a nine-strikeout shutout all because the southpaw allowed a hit in the sixth inning (just his second of the game). Snell’s Tampa Bay Rays were leading the Los Angeles Dodgers 1-0 at the time.

Cash’s moronic move immediately backfired, as Nick Anderson gave up a double, uncorked a wild pitch that scored the tying run, and then let another run score on a fielder’s choice.

In response to Cash’s move, Yelich, the 2018 NL MVP, tweeted a GIF of a man bashing a computer, though he later deleted it.

That seemed to be Yelich’s way of saying he wanted to murder whatever statistical formula told Cash that taking Snell out was the right move. We all would like to do the same.

The Rays have a process they trust when it comes to handling their pitchers, but that process does not seem to include factoring in what to do when your pitcher is cruising. If it did, there would be no way to justify removing Snell from the game.