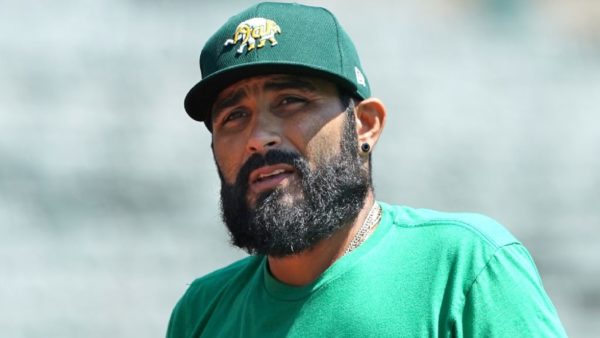 Less than a year away from his 40th birthday, a well-known reliever is getting another shot with an MLB team.

Jon Heyman of the New York Post reported Monday that ex-All-Star Sergio Romo is signing a major league deal with the Toronto Blue Jays. Romo had recently been designated for assignment by the Seattle Mariners.

Now 39 and in his 15th MLB season, Romo is best remembered for his time as a San Francisco Giant. He was the hero in the Giants’ 2012 World Series victory, striking out Detroit Tigers slugger Miguel Cabrera for the final out in one of the most memorable playoff moments of the last decade. Romo also contributed to San Francisco’s World Series titles in 2010 and 2014.

Granted, Romo struggled mightily this season in Seattle, posting an obscene 8.16 ERA in 17 appearances before getting DFA’d. But the Blue Jays, a Wild Card team at 40-32, will be hoping that Romo can rediscover his swing-and-miss stuff (or at least provide some more funny antics for the fans).