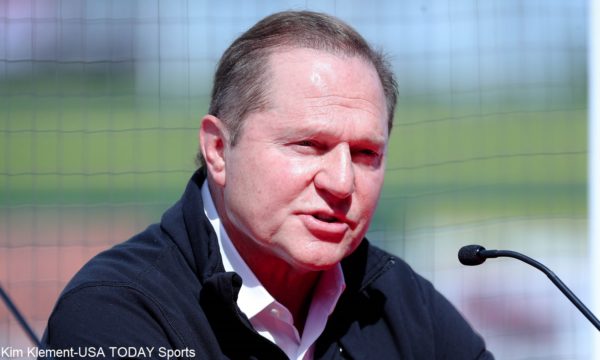 Major League Baseball’s new regulations against foreign substance use by pitchers continues to attract some harsh criticism, this time by the sport’s most prominent agent.

In a statement released to the athletic, Scott Boras called out MLB for not dealing with the issue of foreign substances earlier. He also criticized the league for turning a blind eye to a problem it knew existed. To that end, he explicitly mentioned MLB senior vice-president of on-field operations Michael Hill, longtime president and GM of the Marlins, as an example of someone who knew and encouraged such behavior before joining the league office.

Scott Boras just released this statement to The Athletic. Michael Hill is a senior vice-president of on-field operations for MLB. pic.twitter.com/L3Ydxmlimt

Boras’ point is not that regulating foreign substances is unnecessary. He explicitly says the opposite. The issue, as he describes it, is that pitchers have been taught for years by clubs to throw pitches with substances that have abruptly been banned. Boras also questioned the enforcement of some of the rules, citing a hypothetical example of a batter that legally uses pine tar and gets some on the baseball, leading to a pitcher’s ejection.

Boras’ point is similar to the one made by Tyler Glasnow, who essentially said MLB’s abrupt midseason crackdown led to his arm injury. The argument is that players were taught to throw the ball a certain way, and now have to change on the fly. On one hand, it’s their own fault for using illegal substances. On the other hand, it’s not as if MLB has been enforcing those rules up until now.