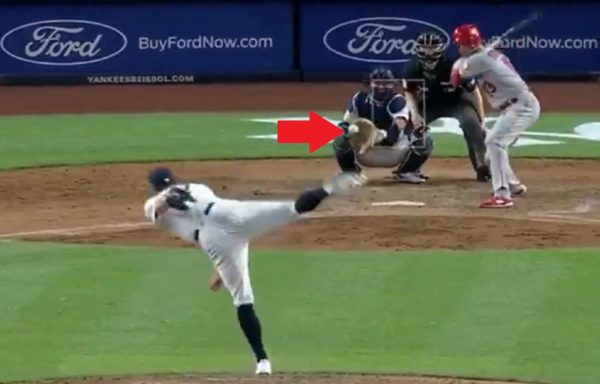 The Los Angeles Angels lost to the New York Yankees 2-1 on Monday night, and the final pitch left them dissatisfied.

Phil Gosselin was batting with a runner on first and two outs in the top of the ninth. He was facing Chad Green and had a 2-2 count. Green then delivered a 97-mph fastball outside that was called a strike by Junior Valentine to end the game.

That wasn’t an egregious call, but the pitch was outside and off the strike zone. It should have been called a ball to make it 3-2.

Kyle Higashioka deserves some credit for a smooth frame job that may have helped the Yankees get the favorable call.

The Yankees are now 66-52, while the Angels are 59-61. Gosselin finished 1-for-4 in the game. Green was credited with his fourth save of the season.