Alvin Gentry would not trade Anthony Davis for LeBron James 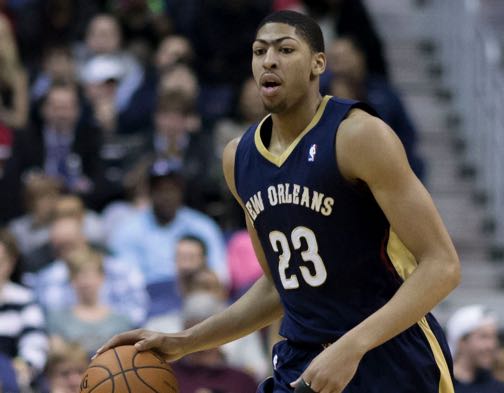 Alvin Gentry thinks so highly of Anthony Davis that he wouldn’t trade the big man for anybody in the league — not even LeBron James.

The New Orleans Pelicans head coach joined Jay Mohr on FOX Sports Radio Tuesday and was asked about Davis. He then mentioned how valuable he considers the former No. 1 pick to be.

“I wouldn’t trade him for anybody, I can tell you that there’s not anyone in the league that I would trade him for,” Gentry told Mohr.

Mohr then asked whether he would keep Davis if presented with the opportunity to get LeBron in return.

“My guy is 23 years old — he’s going to be around for a long time. I love LeBron and he’s as talented as anybody who has ever played the game, but he’s also a little bit older than my guy by a few years as a matter a fact. But if you’re talking about starting a team right now then yes, but if you’re talking about the very best player in the league then I don’t think there’s any doubt that it is LeBron.”

Davis is in his fifth season in the league and seems to only be getting better. He’s averaging a career-high 31.6 points, 10.9 rebounds, 2.8 blocks and 1.6 steals per game, and he’s shooting 51.9 percent from the field and 81.3 from the line. Unfortunately his team is only 6-12 this season, but it’s not for a lack of effort on his part. And Gentry probably isn’t crazy to want to keep Davis over anybody else.