Another day, another Blake Griffin highlight. What else is new? America’s favorite rookie has alley-ooped on the Timberwolves like an acrobat, completed a reverse alley-oop, and then of course there was this, my personal favorite. His latest feat was up there with all of them, an alley-oop on Kyle Korver of the Chicago Bulls. Check it out:

The dunk itself wasn’t the only thing that had the internet buzzing on Wednesday night. J.E. Skeets of The Basketball Jones correctly identified ESPN’s The Sports Guy Bill Simmons as a man in the crowd cheering on the dunk! Here’s the pic: 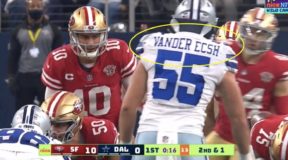