Eight years ago, Ohio State center Greg Oden was a 19-year-old kid with a bright future, bright enough to be selected first overall by the Portland Trail Blazers in the 2007 NBA Draft. Now after numerous debilitating injuries and legal problems, Oden’s NBA days look to be all but over.

After no NBA teams took the bait on his attempted comeback bid this offseason, Oden is heading overseas to play in the Chinese Basketball Association next year. The 27-year-old has officially signed a one-year, $1.2 million deal with the Jiangsu Dragons. Real GM reported the details of the rumored agreement last week, and the deal was confirmed Monday by the Dragons on their website.

In the eight years since being selected by Portland over future MVP and scoring champion Kevin Durant, Oden’s professional career has been destroyed by various knee injuries and major surgeries. He has only played in a total of three NBA seasons, appearing in just 105 of a possible 656 regular season games since being drafted.

Oden holds meager NBA career averages of 8.0 points per game, 6.2 rebounds per game, and 1.2 blocks per game. His disastrous tenure with the Blazers, which featured three separate microfracture surgeries, finally ended in 2012 with his release by the team. Oden last played in the league with the Miami Heat in the 2013-14. There he was hoped to serve as a Roy Hibbert antidote of sorts, but instead went kaput with 2.9 points per game and 2.3 rebounds per game in just 23 apperances.

The seven-footer has also been plagued by a litany of off-the-court troubles in recent years. Oden had been working hard training at Ohio State in the hopes of securing at least a training camp invite for next season, but no NBA team was willing to bite the bullet on a guy once heralded as “The Next Shaq.” Now it looks like Oden’s professional career is on its way overseas to die.

Well, at least he still has as many NBA Finals appearances as Durant. 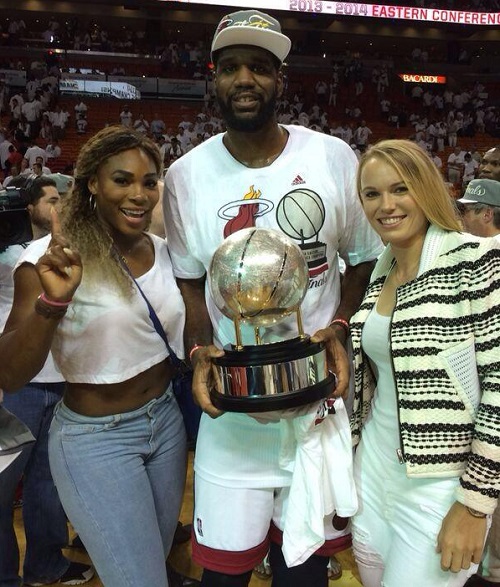