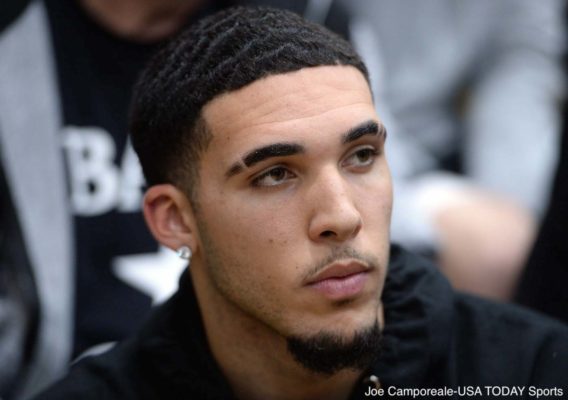 LiAngelo Ball is back on track to making his NBA dream become a reality after a very public scandal set him back a few years ago. Now Ball is explaining how the incident helped shape him.

The middle Ball brother spoke to Shams Charania of The Athletic this week. In the interview, Ball addressed his well-publicized shoplifting incident in China back in 2017 that led to his departure from the UCLA basketball team.

“It made me who I am today,” said Ball of the scandal. “I done dealt with so much. I done heard everything — good and bad. Nothing really bothers me. My skin is thick. When I play today, I just keep that same energy.

“For sure, people cast judgment,” Ball continued. “I was young, I don’t look back on that. I just learned from it and kept pushing. I’m not gonna let one decision mess up my whole life.”

Ball, who will turn 23 later this year, has definitely shaken off the stench from the controversy, which occurred when he was still a teenager. He has worked hard to make it to the NBA and even became a fan favorite at this year’s Summer League with his excellent play. Now Ball could be in line to earn a roster spot from the Charlotte Hornets.

If you recall, Ball poked fun at himself over the incident a couple of years ago. Now he appears to have fully moved past and grown from it.