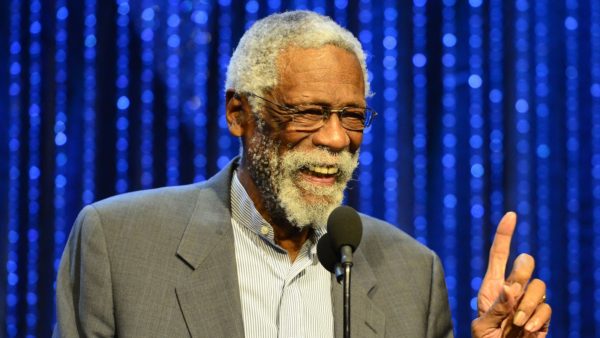 The NBA is doing something major in honor of the late great Bill Russell.

The league announced on Thursday that they are retiring the No. 6 jersey leaguewide in honor of Russell. Additionally, all NBA players will wear a commemorative jersey patch paying tribute to Russell during the 2022-23 season, and every NBA arena will display a clover-shaped logo with No. 6.

The NBA and NBPA announced today that they will honor the life and legacy of 11-time NBA champion and civil rights pioneer Bill Russell by permanently retiring his uniform number, 6, throughout the league.

Russell, who died at the age of 88 earlier this month, becomes the first player in NBA history to have his jersey universally retired around the league (though some individual teams have already retired the numbers of players who did not play for them e.g. the Miami Heat and Michael Jordan, the Dallas Mavericks and Kobe Bryant, etc.).

Many notable NBA players currently wear the No. 6 jersey, including LeBron James of the Los Angeles Lakers. The league stated in its release that those players will be grandfathered, meaning that they can continue wearing No. 6 through the end of their respective careers if they so choose. However, the No. 6 jersey will no longer be issued again by an NBA team.

Russell, who wore No. 6 throughout his NBA career, was the greatest winner in league history (with 11 championships in 13 seasons). He was also one of the NBA’s very first black superstars and its very first black head coach.

The decision to retire Russell’s jersey leaguewide makes good on a push that some other NBA legends had made in the days and weeks prior.