Tony Parker may not come to mind when you think of the greatest players in NBA history, but the former San Antonio Spurs star enjoyed an extremely successful career. His incredible Texas mansion is an illustration of that.

Parker recently listed his Boerne, Texas, home for sale for $19.5 million. The property is easily one of the most amazing we have ever seen from a professional athlete. It spans across 53 acres and features its own water park. The water park includes a 15-meter diving platform that also functions as a waterfall.

That is not all, however. The home comes with a number of other amenities worthy of a five-star resort. The amenities include a tennis court, sand volleyball court, herb garden and greenhouse, enormous gym, and even a tortoise enclosure.

Just check out the pictures for a sense of how ridiculous the place is:

Tony Parker's $19.5 Million Mansion With Its Own Waterpark Could Be The Best Looking House Ever Built https://t.co/XtXNgrUKBm pic.twitter.com/vx7VccHWIV

Is the price high? Of course. There’s an argument that it’s worth it, though. If you have a few hundred million dollars lying around, why not drop some of it on a house with its own water park and tortoise enclosure?

This may all seem elaborate for a guy as understated as Parker, but the guy did have six All-Star appearances for the Spurs in his career. Plus, he’s embarked on a pretty wild second career, so a bit of flamboyance is justified. 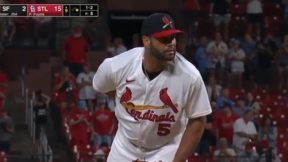