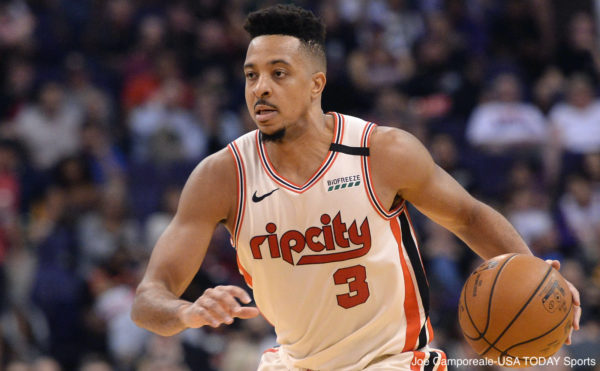 The Portland Trail Blazers are desperate to keep star player Damian Lillard happy. In order to accomplish this goal, they need to upgrade their roster and improve the team. They realize that won’t be achieved by dealing away their second-best player.

Portland does not have any picks in the upcoming NBA Draft. Some teams have attempted to acquire C.J. McCollum in a trade with Portland by offering them a pick in this year’s draft. According to The Athletic’s Jason Quick, the Blazers are not entertaining trade offers for McCollum.

Instead, the Blazers reportedly would like to improve their roster. Portland’s ideal path to improvement would be through getting a No. 2 player who is better than McCollum. The Blazers know McCollum is a good player, but they also recognize he is weaker than the No. 2 player on championship teams.

Portland was able to make a run to the conference finals two years ago before running out of steam and getting swept by the Warriors. That is probably their ceiling based on their roster. The path to improving begins with adding good players, not subtracting them by getting rid of guys like McCollum.