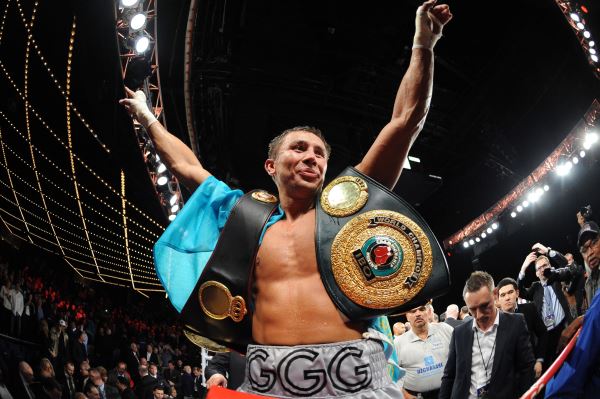 The most anticipated boxing fight this side of Floyd Mayweather-Conor McGregor would be between Gennady Golovkin and Canelo Alvarez. And the two sides apparently are back in talks again about a potential fight.

ESPN’s Dan Rafael reported on Thursday that the promoters for both fighters began talking Wednesday about a fight. Golovkin’s promoter, Tom Loeffler of K2 Promotions, said he feels “there’s no reason the fight shouldn’t happen.”

Canelo’s side, Golden Boy Promotions, may not want to get the cart in front of the horse. Canelo has a fight in May against Julio Cesar Chavez Jr. that he must win first. GGG just beat Daniel Jacobs last weekend in what was his closest fight in years. But Golden Boy also wants to make the fight happen and is targeting September.

GGG’s side also wants Golovkin to fight in June in his native Kazakhstan at the World Expo. But that could be posturing to sway negotiations.

One other issue is that Alvarez is more of a proven draw than Golovkin. Golden Boy reportedly prefers to pay GGG a flat fee for the fight, while GGG wants a cut of the pay-per-view.

Golovkin and Alvarez are considered two of the best pound-for-pound fighters in the world. Alvarez is 48-1-1 with 34 KOs, while GGG is 37-0 with 33 KOs. Alvarez’s only loss came to Floyd Mayweather when he was 22 years old.

Another area where they would have to figure things out would be the weight of the fight. Canelo fights at 154 pounds, while GGG is a class above at 160.