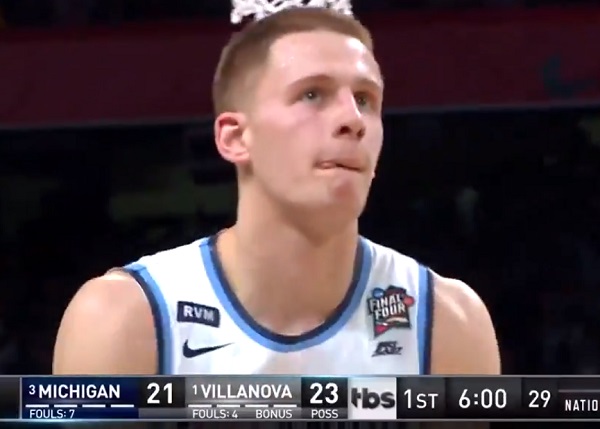 Donte DiVincenzo is quickly discovering the double-edged nature of fame.

The Villanova guard stole the show in Monday night’s national championship game against Michigan by coming off the bench to score a career-high 31 points, including 18 in the first half to set the tone for the evening right away.

DiVincenzo’s effort helped the Wildcats take home the 79-62 victory for their second national title in three years. It also earned him the Most Outstanding Player Award for the tournament. However, shortly after the game went final, a vulgar tweet of his from 2011 started to go viral. In it, DiVincenzo appeared to call out his father for wanting him to play soccer instead of basketball.

Yikes. If it comes as any solace though, the tweet was sent when DiVincenzo was just 14 years old. His parents were also in attendance for Monday’s game and looked mighty proud of their son and the sport he had ultimately chosen.

There was another tweet of his that is far more graphic that also received attention.

DiVincenzo definitely has a long night of celebrating ahead of him and deservedly so. But once he gets home afterwards, the sophomore probably has some deleting to do, much like these college players who came before him.