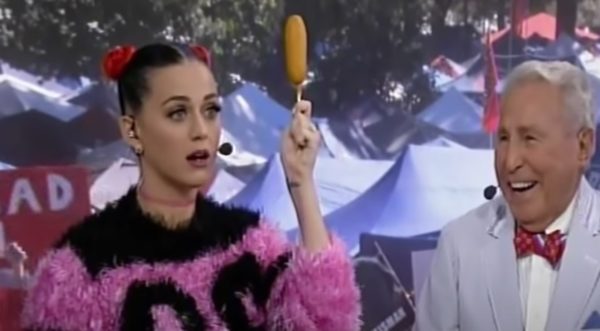 Katy Perry is viewed as something of a good luck charm for Ole Miss fans because of her famous appearance on ESPN’s “College GameDay” nearly seven years ago, and Lane Kiffin wants her to bring those good vibes back to Oxford this season.

Kiffin shared a video on Twitter this week urging Ole Miss fans to come out and support the team in Saturday night’s home opener against Austin Peay. He gave Perry a shoutout in his tweet, and the pop icon responded by saying she is “all aboard the Lane Train.” Perry also endorsed Ole Miss quarterback Matt Corral for the Heisman Trophy.

All board the Lane Train… LFG!!! @corral_matt for Heisman OK https://t.co/vLEEpxmIb5

Kiffin was pumped to have Perry’s support.

Thanks KP!! Come to the Sip anytime with it #californiaGurl @katyperry @OleMissFB https://t.co/Crvv9HnnQa

Perry was the celebrity guest picker on “College GameDay” when Ole Miss hosted Alabama in 2014. She picked the Rebels to win, which they did with a stunning fourth-quarter comeback to upset the No. 3-ranked Crimson Tide. Perry then partied with Ole Miss fans and students at an Oxford bar after the game.

It was during that same “GameDay” appearance that Perry hit on Oklahoma’s quarterback and mocked LSU over the old story that their fans smell like corn dogs, which is why Kiffin mentioned corn dogs.

Ole Miss will travel to Tuscaloosa to face Alabama on Oct. 2, so Perry will have to pick a different game to attend.