Kevin Sumlin: Johnny Manziel was not ignoring me 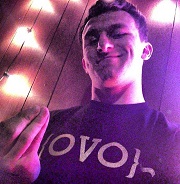 Texas A&M quarterback Johnny Manziel gave the media plenty to talk about when he returned to the field after serving his one-half suspension on Saturday. For starters, he played well and provided a major spark for the Aggies. And of course, there were plenty of extracurriculars.

After one of his touchdown passes, Manziel got into it with a Rice defensive player and was given a 15-yard unsportsmanlike conduct penalty after he pointed to the scoreboard. When he returned to the sideline, it looked like Manziel was ignoring a lecture from Kevin Sumlin. The head coach says that was not the case at all.

“When he came off the field, basically I made two statements to him, neither one of which should he have responded to,” Sumlin said, via ESPN.com. “They weren’t questions. They were direct statements that I can’t repeat right now. So what’s amazing to me is the perception that he ignored me. The worst thing that could have happened was for him to reply, based on what I told him.”

The penalty was not the only time Manziel exchanged smack talk with a Rice player. There was also the autograph gesture he made after a play earlier in the game. Sumlin downplayed that as well.

“A lot of things are being made out of some things that went on last year,” Sumlin said. “I had someone come to me and ask me about the money signal. It’s the same thing he did all of last year and a couple other players in the country doing that. But when he does it, there’s an issue. ‘Let’s tie it to something else.’

“Has he kind of painted himself in a box with that, with some other issues? Probably. But at a certain point, his actions on the field are going to have to show where he is.”

The problem with Manziel is he won’t simply let his play do the talking. He chooses to do stuff like flash his cash at the casino for pictures that wind up on social media sites, so the spotlight remains bright both on and off the field. As a result, Sumlin will probably be facing these same questions all season long.