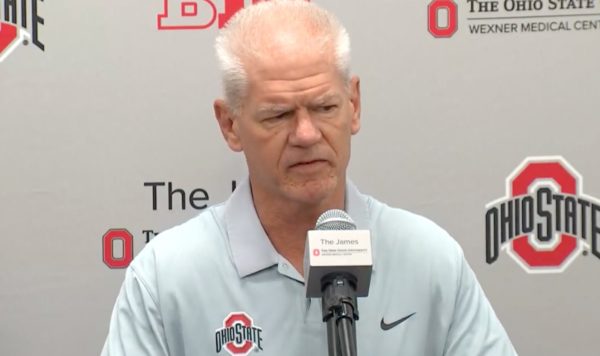 Ohio State gave up a whopping 66 points in its first two games of the 2021 season. The struggles led to defensive coordinator Kerry Coombs being demoted, but the longtime coach is turning the unfortunate change into a positive.

Ohio State head coach Ryan Day stripped Coombs of playcalling duties and handed them to secondary coach Matt Barnes after the Buckeyes’ 35-28 loss to Oregon in Week 2. Coombs admitted the change has been the “hardest stretch of my professional career,” but he is certainly not wallowing.

Coombs delivered a passionate message this week about advsersity. You’ll understand why it went viral when you hear it.

Earlier this season, Kerry Coombs lost play-calling duties at Ohio State. He called it the "hardest stretch of my professional career." Today, he gave a sermon on dealing with adversity, which should be seen by every college athlete. pic.twitter.com/8NEDLCz7X2

Coombs is in his second stint as an assistant coach at Ohio State. He was with the program from 2012-2017 before leaving to spend two seasons as a defensive backs coach for the Tennessee Titans. The 60-year-old then returned to work under Day last year.

If you’re familiar with Coombs, you know how enthusiastic he is about his job. Coombs once went viral for the way he unloaded on a kicker during practice. You can understand why players would respond well to him.