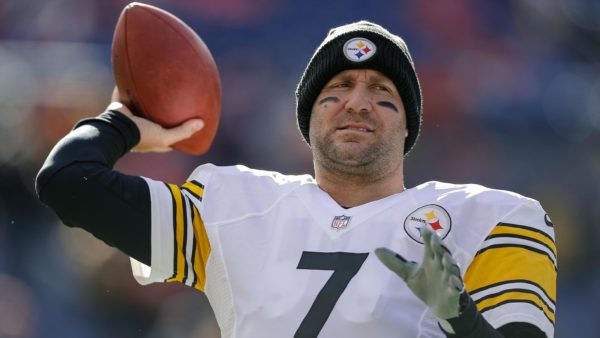 So Ben Roethlisberger escaped criminal charges for the alleged sexual assault incident in Milledgeville, Ga., on Monday but he’s not escaped public criticism now that more information on the case has been released.

We knew the police investigation was screwy from the start when policeman Jerry Blash asked to take a picture with Roethlisberger. Unsurprisingly, Blash is no longer with the police department. Reading through the Ben Roethlisberger police report of the incident posted by The Smoking Gun makes Roethlisberger really look like a criminal. It also reinforces the notion that the NFL will suspend Big Ben this season. Here are some of the ugly details:

The alleged victim is referred to as “the woman” in the following quotes from The Smoking Gun which did tons of legwork:

Witness Elizabeth Brooks told investigators of partying with Roethlisberger at Capital City, where he purchased a round of shots for women in the VIP room and announced, “All my bitches, take some shots.”

[Witness Ann Marie] Lubatti said the woman told her that Roethlisberger “walked back to where she was with his penis already out of his pants. She told him that they shouldn’t be doing this and that it wasn’t right.” The woman told Lubatti that Roethlisberger had followed her into the bathroom and shut the door. “She continued to say she didn’t want to have sex, but he kept saying, “No, it’s OK.” Lubatti said that her friend told of having unprotected sex with Roethlisberger. After hearing her friend’s account, Lubatti and another woman, Nicole Biancofiore, “walked up to the first cop we saw and told them what happened.”

In one of two handwritten police statements, the woman recalled that she told Roethlisberger, “No, this is not OK, and he then had sex with me. He said it was OK. He then left without saying anything.” After the woman reconnected with friends, they left the club and “went to the first police car we saw,” according to one statement.

The alleged victim, in a second statement, told investigators that she met Roethlisberger at The Velvet Elvis, a Milledgeville bar where the athlete called her and her friends “a tease.” Later, at Capital City, the football star’s bodyguards “told my friends they couldn’t pass through to get to me,” she recalled. A Milledgeville Police Department incident report indicates that the woman, whose name was redacted from investigative reports, initially told a cop that she was “sexually assaulted or sexually manipulated” by Roethlisberger.

[Witness Nicole] Biancofiore also told police about seeing her friend disappear with Roethlisberger inside the club. She recalled telling the club’s owner that her friend was “too drunk to be back there” with Roethlisberger, adding that the man assured her that “Ben would not do anything to ruin his reputation.” Biancofiore said that when her friend resurfaced, the woman was crying and “she told us he raped her.”

Another sorority sister, Victoria Garofalo, recalled that the alleged victim was wearing a name tag with the initials “DTF.” The tag–which the woman had received at a birthday party earlier that evening–was the subject of an inside joke between the students. When Roethlisberger asked about the initials, “Garofalo explained that ‘DTF’ stood for ‘down to ****’ and that it referred to a joke between” the women.

My goodness. Does it get uglier than that? This may be a he-said/she-said situation and that’s why the criminal case was not pursued by the DA, but there’s plenty of condemning evidence in those reports. Given the payout Roethlisberger likely made to the alleged victim, he would have been several times better off having just given that money to a prostitute. I also want to know why Roethlisberger isn’t being investigated for providing alcohol to minors. Isn’t there enough evidence to charge him of that?

Sources:
Ben Roethlisberger’s Bad Play [The Smoking Gun]
The Roethlisberger Documents: “His Penis Was Already Out Of His Pants” [Deadspin]