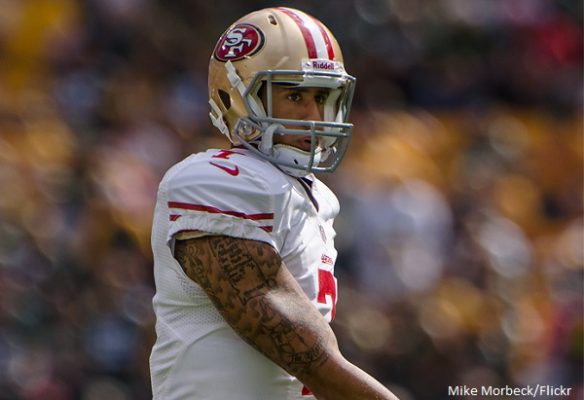 Colin Kaepernick is unlikely to wind up on an NFL roster for a fourth consecutive season in 2020, but gamers will still be able to play as the quarterback in the latest installment of the “Madden” series.

EA Sports announced on Tuesday that Kaepernick is being included in “Madden 21.” The company issued a statement calling Kaepernick “one of the top free agents in football and a starting-caliber quarterback.”

Kaepernick is rated as an 81 in the game, which makes him the top available free agent quarterback. Gamers can assign him to a roster through certain game modes.

The news of Kaepernick’s inclusion in “Madden” comes a day after a report that he has drawn no interest from NFL teams this offseason. There were rumblings that he might be close to signing somewhere a few months back, but apparently that was never the case.

Kaepernick has not played in the NFL since 2016. Though he had some interest from teams, he did not sign with any clubs and ended up suing the league for alleged collusion. That lawsuit was settled in February 2019.