Commanders have plans for their rookie QB 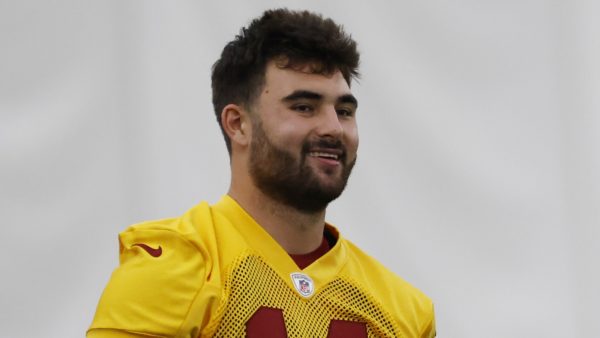 The Washington Commanders have committed to Carson Wentz as their quarterback in 2022, but the organization is not afraid to put some pressure on their new acquisition.

Commanders offensive coordinator Scott Turner praised rookie Sam Howell in an interview with the team’s official website, promising that the fifth-round pick will be given opportunities and the opportunity to seize them.

“This is an opportunity for (Howell) to come in and learn how to play behind two QBs that have played a significant amount of time in the NFL,” Turner said, as transcribed by Hogs Haven. “However he does, that will dictate where it goes. He’ll get opportunities. How you do with those opportunities dictates the next opportunity that you get.”

This is far from a promise that Howell has a pathway to start as a rookie. He is raw, and Washington appears committed to developing him. However, it is certainly a way of putting pressure on the team’s veterans.

Wentz did not receive good reviews for his leadership ability on his former team. Maybe the Commanders want to try to prevent that from becoming an issue early now that they have acquired him.