Gardner Minshew and Uncle Rico met and it was magical 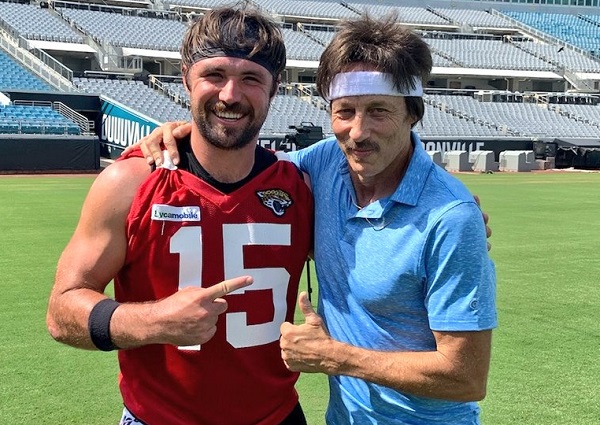 The apex of internet awesomeness occurred on Thursday in Jacksonville when Gardner Minshew met Uncle Rico.

Minshew is a rookie 6th-round pick by the Jaguars and won his first career start last week against the Tennessee Titans. He became the team’s quarterback after Nick Foles got hurt in Week 1 and has not just played well, but also captivated fans with his incredible swag.

His style, which includes old school clothes and a headband, has led to comparisons to Uncle Rico, the funny character from “Napoleon Dynamite” who used to brag about his amazing career as a high school quarterback.

Jon Gries, the actor who played Uncle Rico in “Napoleon Dynamite,” was in Jacksonville to film a commercial. He was there dressed in character and was filmed at a Waffle House in the morning. Then he headed to TIAA Bank Field in Jacksonville with his orange camper from the movie parked out in front.

UPDATE: Uncle Rico has made it to TIAA Bank Field pic.twitter.com/DOblpC9U9R

Then the Jaguars shared a photo of Minshew meeting Uncle Rico.

So they're not the same person… pic.twitter.com/VAzOVzFRbh

WJXT4’s Scott Johnson conducted an interview with Gries, who refrained from answering many questions.

We’re guessing the rest of the story and details will emerge through some sort of upcoming marketing campaign or commercial. Whatever the case, we’re thankful someone put these two together.