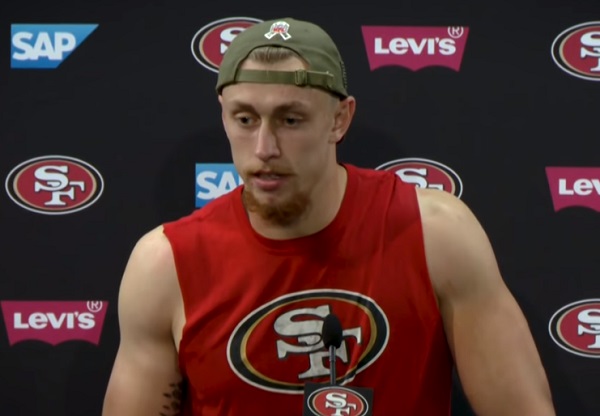 George Kittle wore a T-shirt featuring a shirtless Jimmy Garoppolo after the San Francisco 49ers beat the Green Bay Packers 37-20 on Sunday in the NFC Championship Game to reach the Super Bowl.

Kittle, regarded as the top all-around tight end in football, was asked about his shirt after the game. He explained that both he and Garoppolo received similar shirts earlier in the season. The difference is Kittle says he was waiting for a special occasion to wear his.

George Kittle explains why he has a shirt with a shirtless Jimmy Garoppolo on it. #49ers pic.twitter.com/mXGyNNIiNk

The 49ers’ passing game took a backseat as the running game led by Raheem Mostert carried the team to victory. Garoppolo only attempted eight passes, while Kittle caught just one ball. If that’s the formula for victory, they’ll take it every time.