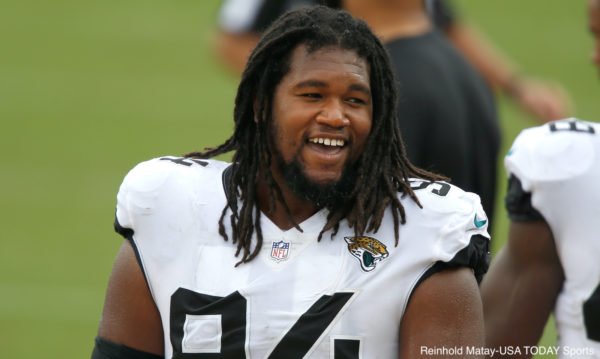 Jacksonville Jaguars defensive end Dawuane Smoot helped the snap a 20-game losing streak on Sunday, but that wasn’t even close to the most impressive thing he accomplished this year.

Smoot’s wife, Aumari, went into labor early Tuesday morning. She and Dawuane quickly gathered their things and were headed out the door to the hospital, but their newborn daughter couldn’t wait. As Smoot told ESPN’s Adam Schefter, his wife fell to her knees and started giving birth. Dawuane had to deliver the baby while speaking with paramedics on the phone.

Fortunately, everything turned out well. Both Aumari and her new daughter, Ahlani Moon Smoot, are said to be doing well.

Believe it or not, this isn’t the first time a professional athlete has had to deliver his own baby at home.

Smoot, 26, was drafted by the Jaguars in the third round back in 2017. He has appeared in all six games for the team this season and has eight tackles and 1.5 sacks. What a week it has been for him.