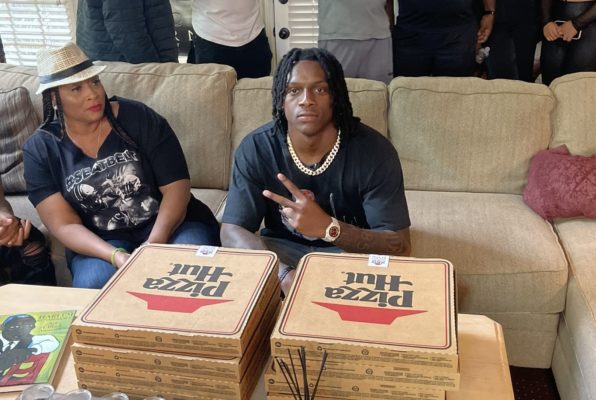 One upside of the new NFL jersey number rules is that players can pay tribute to their heroes in ways they previously couldn’t.

That’s what Carolina Panthers first-round pick Jaycee Horn will be doing. The rookie defensive back revealed on Twitter that he’d be wearing No. 8 in honor of Kobe Bryant.

Horn has been pretty attached to the idea of paying tribute to Bryant. In his introductory press conference, Horn entertained the idea of wearing No. 24, Bryant’s other number with the Lakers.

“It’s a great number, it’s definitely in mind,” Horn said, via Cody Benjamin of CBS Sports. “I’m looking at some of those single digits, too, though. See how it works out. My brother was talking to me about it on the way over here (and) change my mind a little bit. We’ll see how it shakes out.”

It’s a pretty popular move to switch one’s jersey number in honor of Kobe. Horn might not be the last NFL player we see using that as a reason to do something like this.