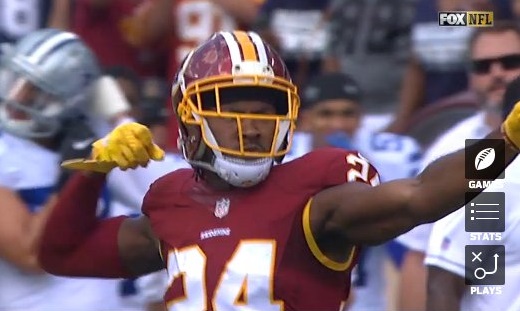 Josh Norman and Jordan Reed are both expected to play in Washington’s game against the Cincinnati Bengals in London on Sunday, according to a report.

ESPN’s Adam Schefter says Washington expects both players to play in the game as they have been cleared from their concussions.

Norman was concussed in Washington’s Week 7 game against Detroit but made the trip to London with Washington, indicating it would be possible for him to play. He is expected to shadow Cincinnati’s top receiver, A.J. Green, in the game.

Reed missed the team’s past two games due to a concussion suffered against Baltimore. He said that he hid the symptoms so he could continue playing.

Reed said during the week that he was symptom-free.

Both players are officially listed as questionable for the game.