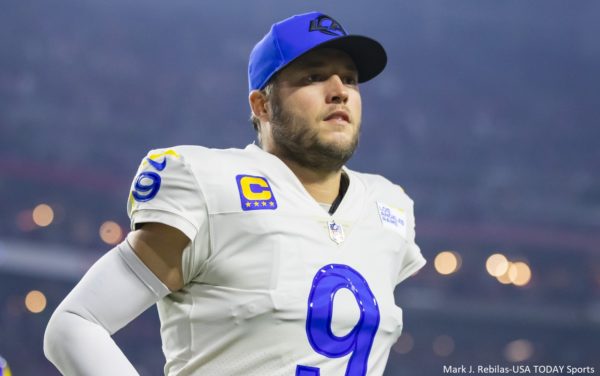 Matthew Stafford says he still has not watched the end of the Super Bowl when the game was on the line.

Stafford threw a touchdown pass to Cooper Kupp with 1:25 left to put his Los Angeles Rams up 23-20 against the Cincinnati Bengals. The Bengals got the ball back with a chance to tie or win the game.

Nerves were tight with the championship on the line, and Stafford said he decided not to watch. He says the reason is because he is superstitious.

“I’m kind of a guy if I’m sitting down and not watching and we’re playing good on defense, I’m going to keep doing that. We were playing good when I was not watching on defense. So I sat down, I looked at the ground and said ‘I know the defense will make a play,'” Stafford explained at the Rams’ championship parade on Wednesday.

His superstition worked out in his favor as the Rams won the game. They got some help with some poor play calling and personnel decisions from Bengals coach Zac Taylor, but the Rams made enough plays in the end to win.

Stafford threw for 283 yards, three touchdowns and two interceptions in the win. He went from being a guy some said couldn’t win in the postseason to winning the Super Bowl in his first season with the Rams.