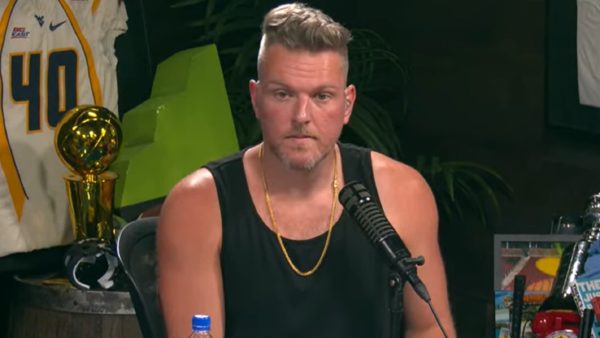 Pat McAfee has issued an interesting challenge to Stefon Diggs.

Diggs was a guest on Friday’s episode of “The Pat McAfee Show.” McAfee is a former punter and inquired about Diggs’ punting abilities based on a video McAfee had watched.

Diggs boasted that he was a very good punter. McAfee then told the Buffalo Bills receiver that he will donate $25,000 to a charity of Diggs’ choice if Diggs punts a ball into the upper level of the stadium after a touchdown. Making things even more interesting, co-host A.J. Hawk said he would donate $25,000 to charity if Diggs punted a “billdo” into the stands.

There’s a lot of money on the line if Diggs decides to go through with the challenge.

As for the bet with Hawk, that seems far less likely to take place, though it’s quite humorous. Bills fans are known for tossing sex toys onto the field at times, which led to the “billdo” name.

Diggs is entering his eighth season in the NFL and third with Buffalo. He had 103 catches for 1,225 yards and 10 touchdowns last season. If he keeps up that scoring pace, he’ll have plenty of opportunities to live up to McAfee’s challenge.