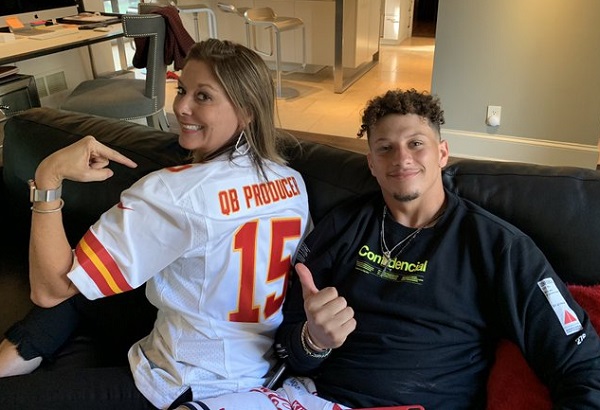 Patrick Mahomes’ mom has quite possibly the best custom jersey we have seen.

Mahomes’ mother Randi Martin has a Kansas City Chiefs jersey with her son’s number 15 on it. Instead of saying “Mahomes” on the name plate across the back of the jersey, Martin’s says “QB Producer.”

@RadioDana Patrick Mahomes' mom has the best jersey ever… pic.twitter.com/PEfEjAu977

The jersey was featured on CBS’ telecast of the Chiefs-Ravens game Sunday:

That led Martin to share a photo of her wearing the jersey while sitting next to her son:

Mahomes may have the talent and MVP skills, but his mom helped produce him — literally. Her jersey is awesome and perfect, and our favorite for a quarterback’s family since Tom Brady’s.