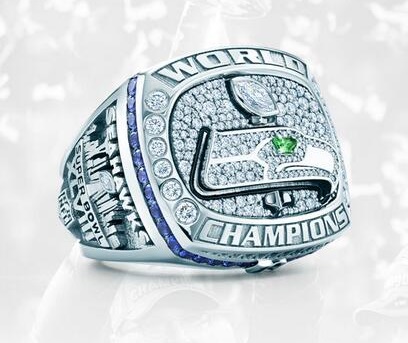 Gotta love the green jewel serving as the eye of the Seahawks logo.

Watch Russell Wilson take his ring out of its box:

The team also tweeted this full-view that shows every side of the ring:

Framed by 12 gemstones. Engraved with 12 feathers. 12 Flags on top, bottom and the stem. Our #SuperBowlRing. pic.twitter.com/lqlzqCpiQf