Titans’ Will Compton got absolutely roasted over his new haircut 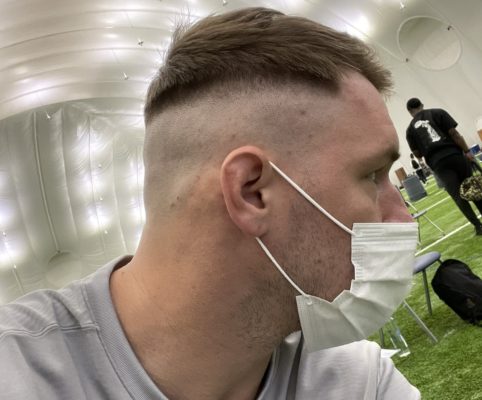 Will Compton got absolutely roasted over his new haircut.

The Tennessee Titans linebacker got a haircut on Wednesday that he said was inspired by the TV show “Peaky Blinders.”

Peaky Blinder’s suit picked up, shaved to a mustache, getting a Shelby style haircut right now.

About to take on the name “William Shelby” when traveling to Green Bay on Saturday.

Can’t wait to get roasted until then with this look

Watching my mentions burn by the short sighted. They can’t see the vision, Thomas!!

Unfortunately, the haircut didn’t look quite as good on Compton as it does on Cillian Murphy.

Compton was immediately mocked over the look. Teammate A.J. Brown said the haircut was “horrible.”

.@Brown1arthur when asked about the @_willcompton cut: "It's horrible. He needs to cut it all off and start over."@Titans https://t.co/HXpLAY44AM

Even the Titans roasted Compton over Twitter, making up a fake injury report and putting Compton on it for his bad haircut.

Sending this to the media after practice. pic.twitter.com/r28y8q4ltl

Credit Compton for taking it all in stride as that was pretty hilarious. We know what you were going for too, Will. Don’t sweat it. But that was probably the worst haircut we’ve seen in the NFL since this one.