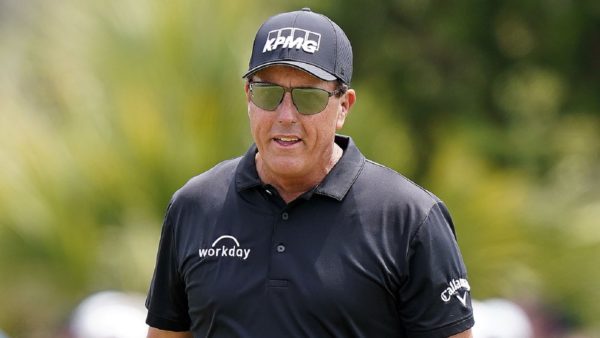 Tiger Woods took a strong stance against LIV Golf defectors ahead of this week’s 150th British Open, and Phil Mickelson had an interesting response.

Woods criticized the Saudi-backed league for disincentivizing golfers to practice hard by offering them massive guaranteed amounts of money to play in fewer events than they would on the PGA Tour. He also said that players who left the Tour for LIV turned their backs on the Tour itself.

Mickelson, who was among the first players to leave the Tour for LIV, told reporters on Thursday that he had nothing but respect for Woods’ opinion on the matter.

The rivalry between the two golf leagues has spilled into this week at St. Andrews. Two-time Open champion and LIV CEO Greg Norman was disinvited from Monday’s Celebration of Champions event. Norman also was not invited to the Champions’ Dinner at St. Andrews. The Royal and Ancient Golf Club of St. Andrews said that Norman’s attendance, due to his LIV ties, would be a distraction. Mickelson, a 2013 Open champion, decided not to participate in the festivities.

After Thursday’s first round, Mickelson is tied for 55th place at even par. Woods had a disastrous round, shooting 6-over par and finishing in a tie for 146th place. He will likely need to shoot a very low score on Friday to make the cut.