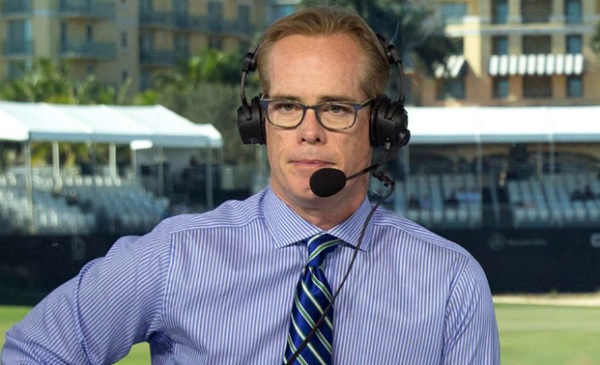 Joe Buck is a polarizing national announcer; you can find fans who both love and hate him. One fan at Friday night’s ALCS Game 5 went to great lengths to put those feelings on display.

A Houston Astros fan behind home plate at Yankee Stadium stood during a key seventh inning moment, lifted his shirt, and displayed an undershirt which had a very simple anti-Buck message on it in the top left corner of Fox’s camera.

Fox, of course, made no mention of what was happening. The problem was, as this was the camera used to show the in-game pitching action, they couldn’t exactly move it or zoom in to hide it. Nothing bad seemed to happen to the fan, either, as he was still sitting there as of the bottom of the inning.

How much do people dislike Buck? He’s received complaints about his calls even when he’s not the one broadcasting the game. Some people really dislike him — so much so they’ll make t-shirts just to mock him on national television.