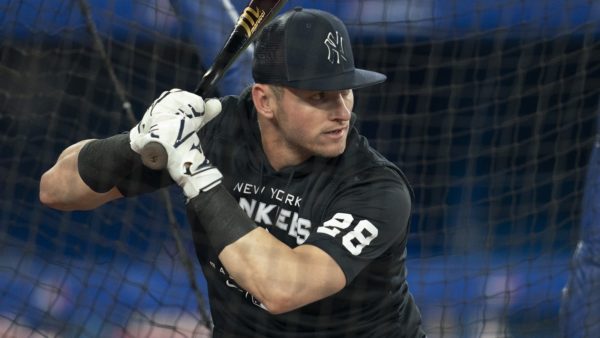 Major League Baseball suspended Donaldson for one game over a comment he made to Chicago’s Tim Anderson during Saturday’s game. Donaldson had called Anderson “Jackie” in what he maintained was a joke, but Anderson and the White Sox found disrespectful and racist.

Katz took to Twitter to voice his opinion that the suspension was not nearly enough. In a now-deleted tweet, the White Sox pitching coach called the ban “incredibly disappointing and plain frustrating.”

“Just one game,” Katz wrote, via Brendan Kuty of NJ.com. “We all saw his malice at third a week ago, then this comment with the ridiculous excuse that followed. What’s the point or message behind a 1 game suspension? This is incredibly disappointing and plain frustrating.”

Katz deleted the tweet not long after sending it, but it was widely archived elsewhere. The “malice” he is referring to is a forceful tag Donaldson put on Anderson during a series the previous weekend that also sparked a bench-clearing incident.

If Katz’s feelings are representative of the entire organization, the White Sox certainly are not going to forgive and forget what they feel Donaldson did. The two teams will not face each other again in 2022, at least during the regular season.