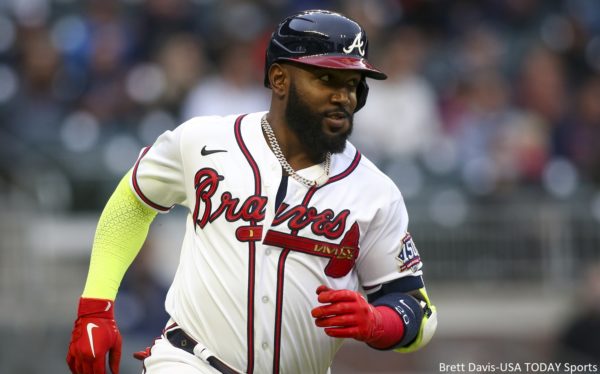 Atlanta Braves star Marcell Ozuna was arrested on Saturday for domestic violence, and some new details have emerged from the alleged incident.

According to a police report that was obtained by TMZ, Sandy Springs Police in Georgia say Ozuna threatened to kill his wife during a heated dispute “over an infidelity.” The alleged victim told police that Ozuna had taken “both her cell phones from the bathroom while she showered without her consent.” When she demanded that he return them, Ozuna allegedly refused and threatened to kill her.

Ozuna’s wife told police she then took Ozuna’s phone and called 911. Ozuna tried to leave, but the woman says she chased him. She then went back inside and grabbed a large kitchen knife to defend herself because she feared for her safety.

The alleged victim claims Ozuna returned to the house and began to “verbally abuse her” before things got physical. He allegedly pushed her, grabbed her by the throat and held her against the wall after she put the knife down. Officers then arrived and witnessed the strangulation when they entered the home, according to the report.

Police also said they witnessed Ozuna hit his wife with the cast on his arm.

The information about Ozuna allegedly assaulting his wife is consistent with the details that were revealed previously.