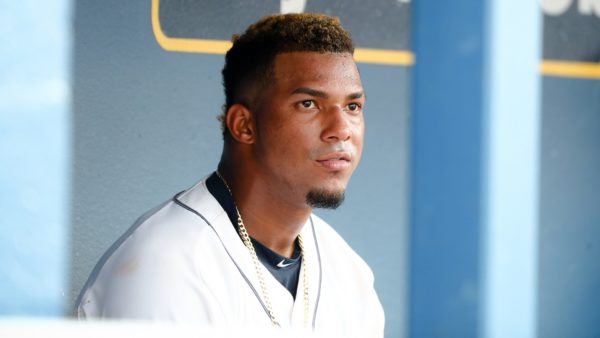 Tampa Bay Rays infielder Wander Franco was the victim of a significant robbery while on a rehab assignment last month, according to law enforcement documents.

Franco, the Rays’ standout young shortstop, had over $650,000 worth of jewelry stolen from his Rolls Royce SUV in Jacksonville last month, according to Paula Lavigne and Jeff Passan of ESPN. The alleged serial thief grabbed a safe he found in the vehicle containing seven pieces of jewelry, some of which he later sold. He was arrested on July 4 and was wanted for three other break-ins in the area.

Among the items stolen from Franco were two gold Cuban link chains valued at roughly $500,000 combined. A gold pendant, a Rolex watch, and Franco’s 2020 American League championship ring were also stolen. The two Cuban link chains and the Rolex have not been recovered, but all other items ultimately were.

Franco likes his bling, and he even showed up to his MLB debut in what was presumably the same Rolls Royce that was broken into here. Hopefully law enforcement can recover the items he is still missing.

The 21-year-old Franco is hitting .260 with five home runs on the season, though he is currently on the injured list due to a broken bone in his right hand. The shortstop signed an 11-year, $182 million deal with Tampa Bay last October.