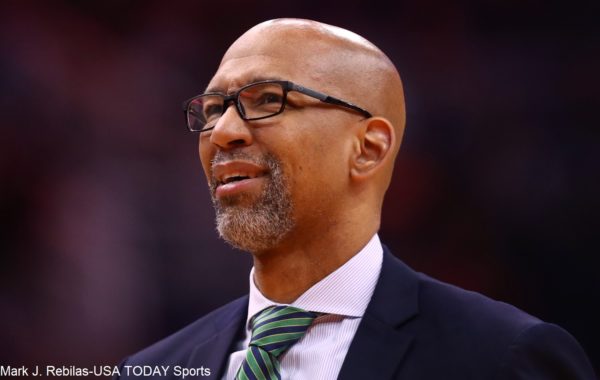 Monty Williams watched his team lose four straight games in the NBA Finals after jumping out to a 2-0 series lead, but that did not stop the Phoenix Suns coach from carrying himself with class after Game 6.

Following Phoenix’s loss on Tuesday, Williams visited the Milwaukee Bucks’ locker room to congratulate them on their NBA title. He addressed the opposing team with a classy speech.

"You made me a better coach, you made us a better team."@Suns HC Monty Williams congratulates the @Bucks in the locker room after Game 6 pic.twitter.com/5VT9CiOm0s

“I just wanted to come and congratulate you guys as a man and as a coach. You guys deserve it,” Williams said. “I’m thankful for the experience. You guys made me a better coach and made us a better team. Congratulations.”

It’s one thing for the losing coach to congratulate his opponent on the court, but Williams went above and beyond.

We know Williams is a great speaker, and one of his own players really seemed to appreciate a pep talk the coach gave earlier in the series (video here). His classy gesture after the Finals will go a long way with the NBA community.