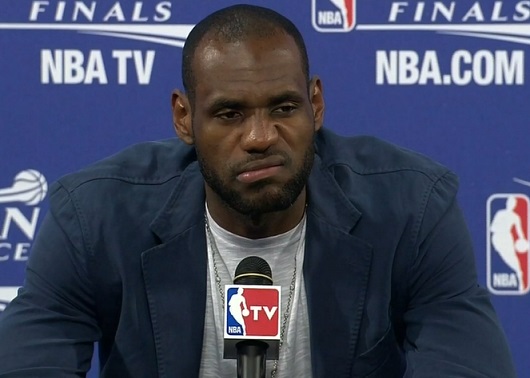 Whatever is going on with LeBron James’ hair is incredibly bizarre. Earlier this month, speculation resurfaced that LeBron had gotten hair plugs. Photos that were taken at a Nike event where James was unveiling his new shoes showed him with a hairline that was fully intact. Yet suddenly, the receding hairline is back.

A series of photos from the Cleveland Plain Dealer show LeBron at the Cleveland Cavaliers’ first official practice, and his balding looks worse than ever. The photo you see below on the left is from Monday. The one on the right was taken just a couple weeks ago.

What the hell is going on here? We know airbrushing and photoshop are powerful tools, as we saw when it appeared LeBron’s hair had made a comeback two years ago. But the photos from the Nike event earlier this month are all over the Getty wire, meaning it is highly unlikely that they were doctored in any way.

My guess before was that the way LeBron’s hairline looks depends on the length of his hair, but it didn’t appear all that much shorter in the photos from Monday. This must be one of those mysteries that only bald multimillionaires understand.