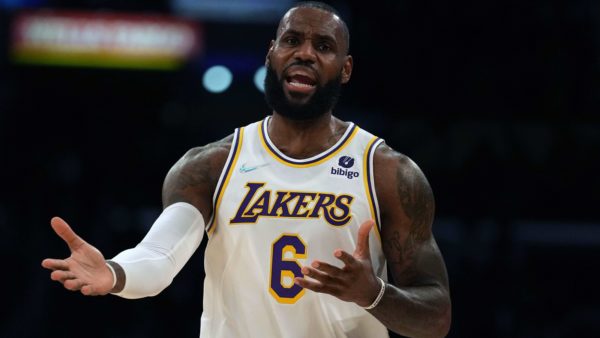 The Los Angeles Lakers are once again miles from championship contention, and LeBron James looks like he has had enough.

The Lakers fell to 22-26 on Tuesday night with their 133-115 loss to the Los Angeles Clippers. They looked like they had a chance to make a comeback midway through the fourth quarter, but the Clippers took control of the game over the final six minutes and cruised to an easy win.

During that stretch, LeBron was shown on the bench looking as defeated as you will ever see him during a game.

As Dan Woike of the Los Angeles Times noted, James was slumped in his chair after Lakers coach Darvin Ham called timeout and pulled his starters with 5:07 remaining. Russell Westbrook and Dennis Schroder also appeared to be arguing right alongside LeBron, who seemed totally disgusted.

James was asked after the game what was going through his mind as he sat on the bench. He had a simple response.

“We just don’t have room for error,” James replied.

The Lakers made a trade this week to bolster their frontcourt, and Anthony Davis is expected back on Wednesday night. They are hoping that will be enough for a playoff push over the second half of the season, but LeBron certainly does not seem optimistic about where the team is headed.