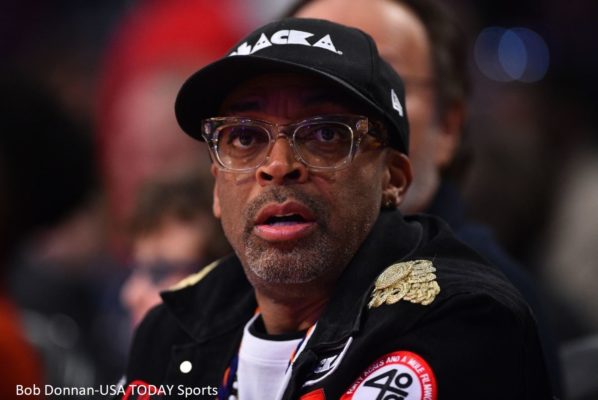 Nearly 30 years after he came at Reggie Miller, Spike Lee is proving that he has still got it.

Nikola Jokic and the Denver Nuggets played the Knicks at Madison Square Garden on Saturday, earning the 113-99 win. After the game, Jokic revealed that he had a funny back-and-forth with the famed film director Lee.

Jokic, who only shot one free throw during the game, appears to be referring to a sequence during the third quarter where he drew an and-one on Knicks center Mitchell Robinson off a fadeaway jumper. You can see the play at the 0:23 mark of the video below.

Nikola Jokic goes for 32 PTS, 11 REB and 5 AST in 27 minutes as the @nuggets pick up the win in NYC! pic.twitter.com/uLvOrnFDIn

As for Lee, now 64, he is as legendary of a Knicks fan as they come and is a courtside staple at The Garden. Admittedly though, the exchange with Jokic was a lot tamer than the ones that Lee has had with other opponents before.