Report: Raptors reluctant to include 1 player in possible trades 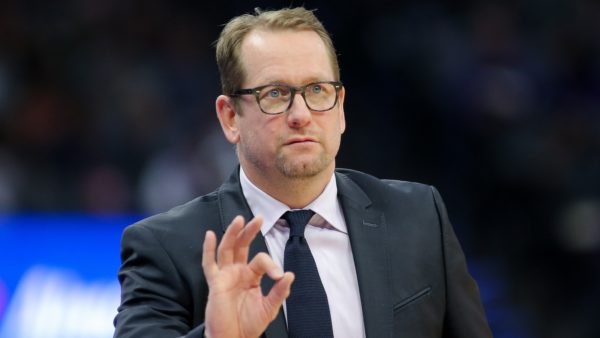 The Toronto Raptors are heavily in the mix when it comes to trade talks for Kevin Durant. But there is one player they reportedly are reluctant to include in a possible trade.

HoopsHype’s Michael Scotto reported on Tuesday that Toronto is hesitant to include Scottie Barnes in any possible trade. Barnes was the No. 4 overall pick by Toronto last year and won NBA Rookie of the Year.

Toronto, which is led by stellar executive Masai Ujiri, has done a tremendous job identifying and developing talent. In addition to Barnes, Pascal Siakam, OG Anunoby and Fred VanVleet are all homegrown players.

The Raptors’ array of young talent makes them a viable candidate to acquire someone like Durant. But they definitely will not part with Barnes easily.

Barnes is under contract with the Raptors for three more seasons on his rookie deal. He averaged 15.3 points, 7.5 rebounds, 3.5 assists and 1.1 steals per game as a rookie.