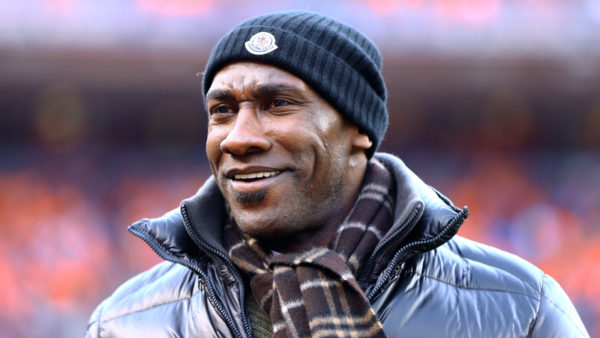 Shannon Sharpe got into an altercation with some Memphis Grizzlies players during the team’s game against the Los Angeles Lakers on Friday night, and the Hall of Fame tight end has now issued an apology.

Sharpe was sitting courtside at Staples Center when he got into a shouting match and exchanged profanities with Grizzlies stars Dillon Brooks and Ja Morant. The 54-year-old also yelled in the direction of Morant’s father, Tee Morant. Sharpe needed to be brought back to the locker room area to diffuse the situation. You can see videos of the altercation here.

At the start of Monday’s episode of “Undisputed” on FOX Sports 1, Sharpe spent several minutes apologizing for the incident involving him that took place at Staples Center.

“I want to apologize for my behavior. I’ve preached for the last six-and-a-half years responsibility and accountability, and I take full responsibility for what transpired,” Sharpe said. “It does not matter what Dillon Brooks said or how many times he said it. Me having the platform I have and having so many people look up to me, I was wrong. I should have lowered the temperature in the arena. Instead, I turned the temperature up and I let it get out of hand.”

Sharpe did not seem apologetic when he spoke with ESPN’s Dave McMenamin immediately following the incident. He admitted he talked trash to Brooks and told the Grizzlies star he is too small to guard LeBron James. Sharpe said Brooks fired back by telling Sharpe “f— you” and heading toward the TV host.

After taking some time to think about it, Sharpe says he realized he was wrong.

“Shannon Sharpe should have been mentioned as someone who was at the game, not someone that let his emotions run hot and get out of hand during the game,” Sharpe added.

You can see the full apology below:

Unc Shannon sharpe apologizes for his behavior at the lakers vs Grizzlies game pic.twitter.com/kqAfwD0qvV

The altercation occurred during halftime, and Sharpe was allowed to return to his seat in the third quarter. He was then shown clearing the air with Tee Morant.

Sharpe would be one of the first to condemn a fan for getting into it with players, which is another reason people criticized him for the behavior. To his credit, the apology seemed sincere.