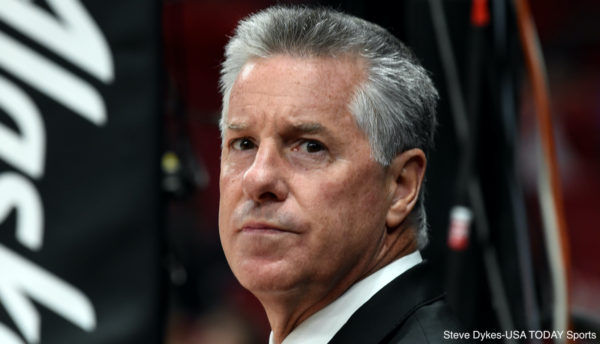 The Portland Trail Blazers have undergone some major changes in their front office recently, and the latest was firing longtime general manager Neil Olshey.

The Blazers announced on Friday that Olshey has been fired following an investigation regarding “complaints around our workplace environment at the practice facility.” The team says the investigation determined that Olshey was in violation of the franchise’s Code of Conduct.

Joe Cronin has been promoted to interim GM while the Blazers search for a permanent replacement.

Olshey had been the GM of the Blazers since 2012. The team added president of basketball operations to his title when he signed an extension in 2015. Olshey was the GM of the Los Angeles Clippers prior to being hired by Portland.

The Olshey dismissal comes two weeks after former Trail Blazers president Chris McGowan resigned from his position. There was speculation that McGowan stepped down over the workplace environment investigation, but a longtime Blazers reporter provided a different reason.