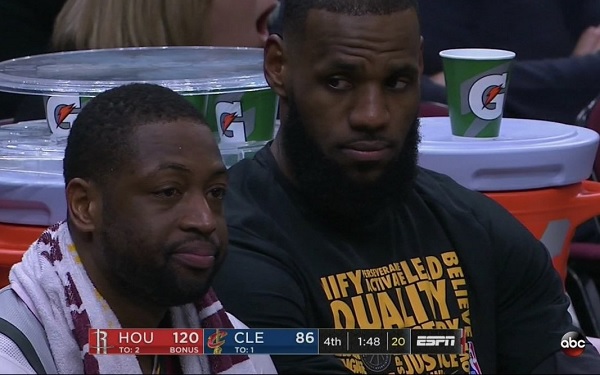 The Los Angeles Lakers showed Dwyane Wade some love during his trip to Staples Center on Monday night.

The Miami Heat on Monday played the Los Angeles Lakers for the final time this season. The occasion marked the final time Wade and long-time friend LeBron James would be on the court together as competitors, barring an unlikely meeting in the NBA Finals.

The Lakers took the opportunity to play a tribute video for Wade, who embraced James afterward.

Wade is putting the final touches on a Hall of Fame career. He will likely receive other tributes between now and the end of the season after previously announcing this would be his farewell year. This one will probably be among the more memorable.