Willie Cauley-Stein reportedly out of shape at Kings’ camp 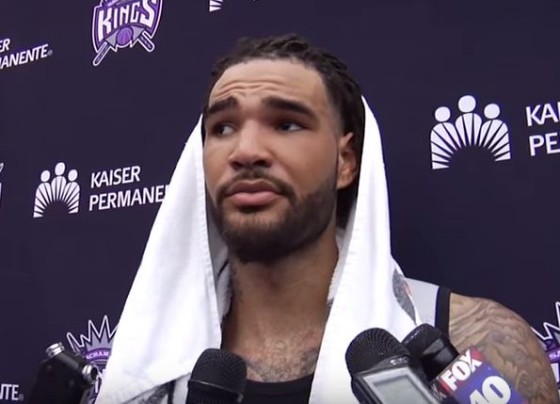 Well, here’s some news that probably won’t help you live up to the hype as a supposed $100 million player.

Kings big man Willie Cauley-Stein, the No. 6 overall pick in last June’s NBA Draft, is reportedly having issues with his conditioning early on during training camp. This according to CSN Kings Insider James Ham, who appeared on the Coz and Bru Show on Monday to talk about how the seven-footer could barely make his way up and down the court during camp workouts.

“He is going to open the season at 14 minutes a game, if he’s lucky,” said Ham of Cauley-Stein. “When you show up to camp and you can’t run up and down the court twice without being so winded you have to pull yourself off the court, then something’s wrong.”

While it’s never good to go full reactionary, make a mad dash for our panic buttons, and dive headfirst into the nearest underground bunker based on one report at the start of training camp, if Cauley-Stein is indeed out of shape, it’s far more concerning than it would be for your average player.

So much of Cauley-Stein’s worth is directly tied to exactly that: his ability to run the floor for his height (remember how he hung with Jerian Grant for all 94 feet on the final possession of Kentucky’s Elite Eight game against Notre Dame?). It’s also tied to his unparalleled ability to switch onto lightning-quick guards, make weakside rotations to erase shots at the rim, and use his vertical leap and devastating touch around the rim to serve as an elite roll man. All of those skills are heavily predicated on conditioning, so it definitely is a cause for concern if Cauley-Stein is huffing and puffing his way up the court.

Already a longshot to start at the 4 position next season with his inability to space the floor next to DeMarcus Cousins, this unflattering showing at the opening of training camp has gotta set Cauley-Stein back further than he might like to be as he enters his rookie year for the Kings.

Not too trill at all, I’m sorry to say.