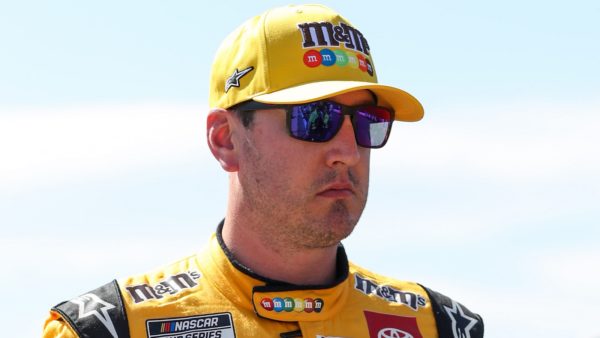 Busch will be a free agent after the season, and it’s unclear what he might do next. Will he remain with Joe Gibbs Racing after spending the last 15 seasons with them? Or will he explore other options?

While commentating for NBC during Sunday’s Verizon 200 at the Brickyard, Earnhardt Jr. was asked for his thoughts on Busch’s contract situation. He suggested something good was coming.

“I just pay attention to the way Kyle does his interviews. And if he’s frustrated, and he’s giving you negative remarks in his interviews, it means to me things must not be going that well,” Earnhardt Jr. said. “Over the last couple of weeks, the conversation has gotten a lot more mild, and there’s been smiles on the face of that driver of the 18 car. I think things are getting a little bit closer and he’s starting to understand how to get what he wants.

“I think the 18 car is the one he wants to drive. I think they’re going to come to some terms soon.”

Busch has driven the No. 18 car since joining JGR in 2008. The 37-year-old also drives part-time in the NASCAR Camping World Truck Series for his team, Kyle Busch Motorsports.

Busch seems to be ready to make some concessions salary-wise for next season. Two possible complications have to do with Mars ending their sponsorship of the 18 car, as well as the future emergence of Ty Gibbs as a potential Cup Series driver for JGR.