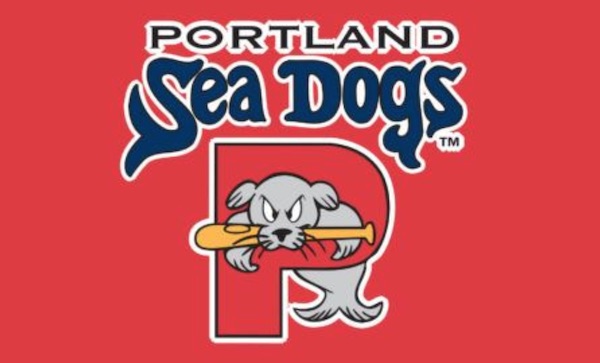 The 2020 minor league baseball season has officially been canceled, but don’t try telling that to the Portland Sea Dogs. They’re too busy celebrating their undefeated season.

The Sea Dogs, the Double-A affiliate of the Boston Red Sox, announced on Wednesday that they will soon be selling T-shirts to “celebrate the remarkable accomplishment” of finishing the season undefeated.

It's official…the Portland Sea Dogs have finished the 2020 season undefeated! Celebrate the remarkable accomplishment with the Sea Dogs undefeated tour t-shirt. Available for pre-order through July 13th only.
🛒: https://t.co/VhWcWdiVe3 pic.twitter.com/lk3seZhcTp

Keep in mind that the Sea Dogs have committed to paying all of their employees this year even with the season being canceled, so you have to commend their efforts to generate revenue. While the joke may be corny, the shirts are a good way for fans to support the team during a difficult time.

In addition to selling “undefeated tour” shirts, the Sea Dogs have also offered takeout and delivery with their ballpark concession food.

We’ve seen some teams make outlandish claims about phony accomplishments in the past, but you can’t fault the Sea Dogs for trying.

Trevor Bauer could pitch on short rest for Reds all season

Trevor Bauer has said in the past that he feels he performs better when he pitches with three days off between starts rather than the more traditional four, and the right-hander may have a chance to prove it this season.

Cincinnati Reds pitching coach Derek Johnson recently said that having Bauer pitch every fourth day is something the team is considering. It’s also something Bauer has been openly campaigning for.

“I’ve applied some friendly pressure to him, I guess is how you’d say it,” Bauer said this week, via Bobby Nightengale of the Cincinnati Enquirer. “But basically letting him know that I want to pitch as much as possible as often as possible. You don’t have to worry about wearing down over the course of a long season. We’ve got a two-month sprint and a month of playoffs.”

Bauer feels he hits his stride in the middle of the MLB season anyway, so he thinks the timing of the 60-game season will work in his favor. Reds manager David Bell said Bauer “looked as good as I’ve seen him” in a live batting practice session on Monday. Johnson told C. Trent Rosencrans of The Athletic last week that having Bauer pitch on short rest is “100 percent on the table.”

“I trust Trevor. I trust what kind of work he puts in, invests in himself and I think if he feels he can do it, I think he can,” Johnson said. “From what I see and the things that he and I have talked about, I think it’s a really cool weapon that we have that maybe a lot of other teams don’t have. So, if we can use that to our advantage, I think we will.”

Bauer is in the final year of his contract, and he feels pitching on short rest could allow him to maximize his value. He also has some interesting thoughts for how he intends to approach free agency, so this could all be part of his plan.

In order to justify pitching more often, Bauer will need to perform a lot better than he did when he came to Cincinnati in a trade with the Cleveland Indians last season. The 29-year-old had a 2-5 record with a 6.39 ERA in 10 starts for the Reds. New York Yankees ace Gerrit Cole appeared to be in midseason form on Tuesday in the team’s intrasquad scrimmage, though he did give up a home run to Miguel Andujar. Considering that was the only hit Cole allowed and the exchange that took place before it happened, it seems pretty fair to blame the ball.

Cole began his outing by striking out outfielder Mike Tauchman on four pitches. Catcher Gary Sanchez then threw the ball around the infield, which meant Cole couldn’t use it again due to coronavirus health and safety protocols. The right-hander wasn’t pleased about having to switch balls, and you could clearly see him say “I liked that ball,” referring to the ball he used to strike out Tauchman.

Andujar was the next batter, and Cole surrendered an opposite-field homer to him on the very first pitch of the at-bat. Here’s the entire exchange, but beware that the video contains some inappropriate language:

Gerrit Cole cant reuse a ball he likes due to corona, has to use a ball he doesn't like and gives up a homer , a breakdown pic.twitter.com/GR9M4b798R

Baseball players are creatures of habit, and there will likely be a lot of protocols in place during the shortened 2020 season that they don’t agree with. Cole ended up striking out six in five innings and allowing just one hit, so the ball situation couldn’t have bothered him that much.

One former Yankees star believes Cole is already facing added pressure to perform this season. The 2019 MLB strikeouts leader is better off getting used to the new rules now. The New York Yankees have dealt with a number of injuries to key players this offseason, and apparently we can add young outfielder Clint Frazier to that list.

Yankees manager Aaron Boone told reporters on Tuesday that Frazier has been dealing with a “foot issue” for several weeks. Boone indicated that it is not serious but said the team is being cautious with the 25-year-old leading up to the shortened season.

Clint Frazier has been dealing with “a little bit of a foot issue” over the last couple of months, according to Boone, but he has “been able to do everything from running and playing the outfield, so we’re just kind of slow-playing him here these first couple of days.”

Any injury that impacts Frazier’s mobility would be a concern, as he is not exactly known for his fielding prowess. In fact, Frazier is viewed as a player who can contribute at the plate but is a major liability in the outfield. A foot injury would not help him in that department.

Frazier showed some power last season when he had 12 home runs, 14 doubles and 38 RBI in just 69 games. The career .254 hitter has had issues with the media over defensive struggles, but he is expected to be a part of the Yankees’ Opening Day lineup. It remains to be seen if the foot issue he’s dealing with will alter the team’s plans.

CC Sabathia is looking as fit as ever.

The New York Yankees shared a few photos of Sabathia at the team’s summer camp Tuesday, and the former ace looks incredible.

Sabathia even joked about a “comeback” when retweeting the Yankees’ photos.

Don’t call it a comeback https://t.co/fmna2JNwz7

Now 39, Sabathia was listed at 6-foot-6 and 300 pounds during his playing career. He experimented with slimming down during his career but actually experienced his worst ERA in 2013 and 2014 when he got skinny. He later decided that weighing around 300 pounds was ideal for his pitching career.

Sabathia is working with the Yankees as a special adviser. The six-time All-Star expressed his desire to be around the team and help out young players.

Shohei Ohtani is planning to pitch and hit for the Los Angeles Angels this season. It will be his first time pitching in competitive games since September 2018, when he hurt his arm and later underwent Tommy John surgery.

Ohtani is working his way back and pitched in an intrasquad game on Tuesday. Angels reporter Trent Rush charted the outing and unofficially had Ohtani throwing just 15 strikes out of 50 pitches, with eight walks, six wild pitches and a hit-by-pitch.

Personally, I’m not reading into this at all. This is about getting reintroduced. As long as he feels good is the important thing. Also, don’t forget spring 2018

Angels TV analyst Mark Gubicza said the focus should be on Ohtani’s health more than the results.

Coming back from an injury(surgery) for a pitcher is not easy at all. Feel and sometimes adrenaline, throw you off, Trent. It’s all about health before and after the workout

Ohtani also said he felt satisfied with where he was physically.

Ohtani says he feels satisfied physically as he was able to throw all his pitches with no issues. He says his command felt a lot different in this setting than in his bullpens. He said it was unusual facing his teammates, which may have played a roll, but felt no jitters.

Though the stats might give some fans concern, it’s important to place them into context.

If there is anything Ohtani has taught us, it’s that his poor practice stats shouldn’t raise too much concern.

Several professional athletes have decided to opt out of the 2020 season due to concerns or commitments involving their families, and Brock Holt could have done the same with a baby on the way. The MLB veteran doesn’t feel he has that luxury, however.

Holt, who signed with the Milwaukee Brewers this offseason after spending the last seven seasons with the Boston Red Sox, said Tuesday that he has not considered opting out of 2020 even with a pregnant wife at home. If he did, Holt says he would be concerned he wouldn’t have a job in 2021.

“I’m not in a position to opt out of a season,” Holt told reporters, via Tom Haudricourt of the Milwaukee Journal Sentinel. “I feel like if I didn’t play this year, my baseball career would be over. If I didn’t play, it would be hard for me to find a job next year.”

MLB players are allowed to opt out of the 2020 season without losing their pro-rated salaries if they are deemed “high-risk.” Players who are not considered high-risk are also free to opt out, but they would lose their salaries and not accrue a season of service time, meaning Holt would be a free agent after the season if he sat out.

“If I was in a different situation contractually, it’s definitely something I would have considered with my wife being pregnant,” Holt added. “If I had a contract with enough years or enough money to sit out a year, not play and not have to worry about not having a job next year, I think opting out would have been an easier decision considering the situation me and my family are in right now. Based on the situation I’m in, it was never really an option.”

Holt signed a one-year deal with the Brewers worth $2.5 million, so he is set to make less than $1 million this year with a prorated salary. Milwaukee holds a club option of $5 million for him for next season. The utility man hit .297 in 87 games for the Red Sox last year and is a career .271 hitter.

While Holt has made nearly $10 million thus far in his career, we know at least one player who opted out that has far less to concern himself with financially.