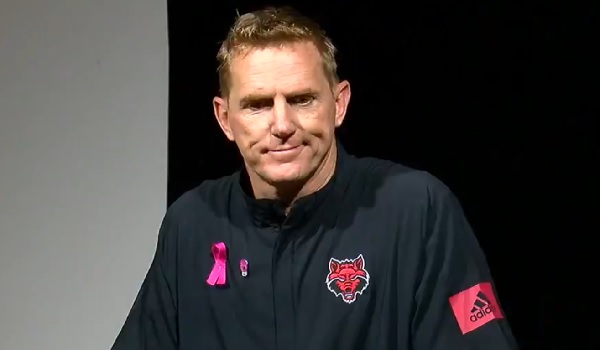 Arkansas State coach Blake Anderson got quite the display of support from Georgia fans during Saturday’s game.

On Saturday, Anderson coached his first game since his wife Wendy died of breast cancer in August. In recognition of that, many Georgia fans planned to wear pink in support of the opposing coach. That plan came to fruition on Saturday, with large swaths of pink seen in the stands.

After the game, Anderson tweeted his appreciation to Georgia fans.

In an emotional postgame press conference, Anderson paid tribute to the Georgia fans, stating that the pink in the stands was “one of the classiest moves I’ve ever seen.”

It’s a pretty awesome move from Georgia fans, and one that Anderson was clearly appreciative of. They certainly didn’t have to do that, as he noted.