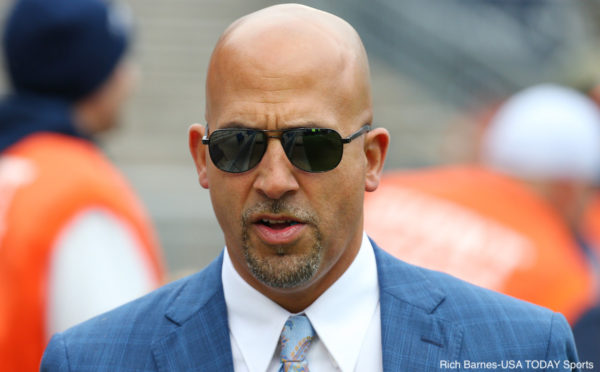 Penn State may be facing a battle to keep head coach James Franklin amid significant interest from USC.

According to Scott Roussel of Football Scoop, Franklin is “high” on athletic director Mike Bohn’s shortlist of coaching candidates. In a related podcast, Roussel said Franklin is already being vetted by USC and is one of the school’s top targets.

Roussel did caution that Penn State still “loves” Franklin, and will make a strong effort to keep him if USC goes after him. The likelihood is Franklin has a big new contract in his future, whether it is at USC or Penn State.

Franklin has been linked to USC before back when he was still at Vanderbilt. His reputation has only grown since then thanks to his success at Penn State, where he boasts a 63-28 record. Franklin signed a six-year contract extension with the Nittany Lions less than two years ago.

USC’s coaching search is expected to be extensive, and other big names have surfaced in connection with the job as well.