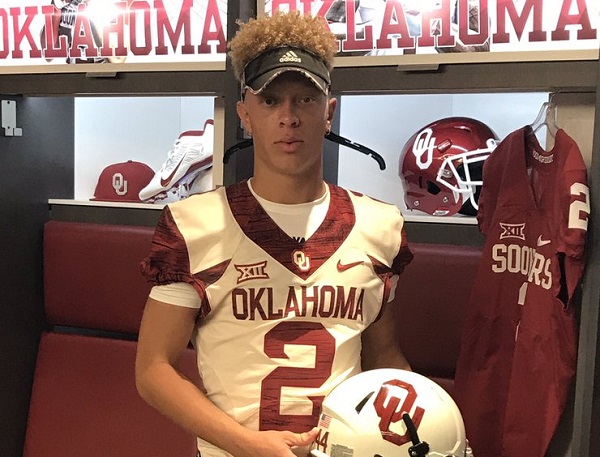 Oklahoma Sooners head coach Lincoln Riley announced on Monday that Jalen Hurts had won the team’s starting quarterback job. That was expected ever since Hurts moved to Oklahoma from Alabama as a graduate transfer. But that wasn’t the team’s only battle at the position.

Tanner Mordecai and highly-touted freshman Spencer Rattler were competing for the backup quarterback job, and Riley announced on Tuesday that Mordecai will open the season as the team’s second string QB.

#Sooners coach Lincoln Riley says Tanner Mordecai will be the backup quarterback, with Spencer Rattler third. Says this was the closest QB battle since he’s been here

Mordecai is a redshirt freshman from Waco, Texas. He appeared in two games last season, completing 2/4 passes for 37 yards. Rattler was ranked as a 5-star prospect by two services and was desired by multiple college programs. He had some issues in high school in Arizona as he was ruled ineligible during his senior season due to a violation. Being named third string could lead to him redshirting this season, which would theoretically open up a competition between him and Mordecai next year.