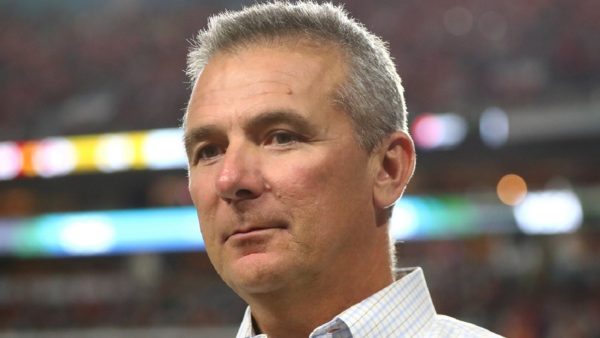 The Georgia Bulldogs enter championship weekend as the consensus No. 1 team in the nation, but Urban Meyer has a different pick.

In an appearance on Big Ten Network, the former Ohio State coach argued that the Michigan Wolverines deserve to be ranked No. 1, largely on the strength of their win over the then-No. 2 Buckeyes.

Should Big Ten East champ @UMichFootball be No. 1?@CoachUrbanMeyer thinks so.

“The committee’s responsibility, from what I understand, is it’s a week-to-week evaluation. The body of work’s important, but that week, what the Wolverines did, they went into a hostile — something that hasn’t been done since 2000. They beat them by three scores, one of the most talented teams in America,” Meyer said. “… I saw Georgia. I haven’t studied Georgia as much as I’ve studied the Wolverines and Ohio State, obviously, but from last week, the Wolverines should be No. 1.”

The Wolverines are not going to jump Georgia on the strength of one win, but if it is a week-to-week evaluation we are looking at, Michigan was certainly impressive. They were still ultimately rewarded with a spot at No. 2 in the final set of rankings released before the official announcement of the field. As long as Michigan handles its business in the Big Ten Championship against Purdue, they will likely hold that No. 2 ranking, and could even move up to No. 1 if Georgia falls victim to an upset in the SEC title game.

Meyer’s takes have been brutal reading for Ohio State fans lately, though. At least you have to commend him for his lack of bias.